Before I even introduce these guys I have to state that I have very close personal investment in this band. They are band that truly introduced me to local music, the group that always supports my efforts, and the group of guys I’m happy to call my friends. But with that being said I will remain as unbiased as possible in this review and tell you exactly what I think about each track. Now for the introduction; A Rumor of War (AROW) are a six piece metalcore band hailing from Louisville, Kentucky. Consisting of Kristian Kemker on harsh vocals, Jakup Crenshaw on guitar and clean vocals, Austin Smith on bass, Josh Hertle on guitar, Forest Kelly on drums, And Kathan Booker on harsh vocals. Unfortunately tho Kathan joined the group to late and was unable to be a part of the writing/recording process for this release. Now without any further ado let’s jump right into this.

Now this is a track I’ve been excited for year, ever since it was teased with a Facebook live playthrough. But this song is very different from that rendition in all the right ways. Opening with one of the catchiest chime hip-hop inspired instrumentals in metal it immediately grabs your attention as something different. This sense of being different is further cemented by a rap like performance of screaming vocals on top of that alluring instrumental. But this track doesn’t only rely on it’s uniqueness delivering some terrifyingly mosh pit inducing breakdowns with 01:42 being the most prime example. The track also benefits from one of jakups cleanest vocal performaces ever. But this is not a perfect song with one thing in particular holding it back. That being a clunky first verse, with some lines feeling profound like “all good things, happen to bad people” while others come across as half baked or awkward in regards to the flow the following “I will put you in the ground, and bring you back just for the sequel” being the most obvious example. All together Klark Kunt is a fantastic step in the right direction but there is still some space for improvement.

So I have reviewed this track previously, being the first single it did its job well. That job being getting me excited for this release. A lot of my opinions have remained the same but they have differed slightly.

“Opening with a swelling energy which is immediately capitalized upon by a much more refined Kristian. With a spoken word almost rap inspired quality; he quickly puts his heart on his sleeve denouncing the intolerant members of society. That “Rap inspired” quality I referenced early is not only his delivery and flow but primarily his unwavering confidence and dare I say swagger throughout this entire track. But Kristian isn’t the member of this group that comes across as revitalised and refined on this track. Instrumentally the rest of the band shows that they have grown as well, while retaining the ferocity and energy of metalcore they seamlessly integrate a groovy vibe leaving me unsure if I should bop my head or start moshing in the best of ways. The clean vocals on this track are also leaps and bounds above their self-titled release. Jakup truly displays a power that simply wasn’t present before. But I do feel they could’ve been used more especially in the first chorus but this can be forgiven for their flawless execution prior to the final breakdown. This song shows a tremendous growth from a group of guys with immense potential. But it’s not perfect and not for everyone. Some of the verse can come off almost juvenile and most certainly would if it wasn’t for there masterful delivery. In particular lines like “oh yeah, oh yeah, it’s true, it’s true, the world would be do much better without you” do come across as weak but not unbearable. The best comparison I can think of would be an attila with a purpose which isn’t a bad thing it’s just not for everyone.”

This is AROW! Opening with stupidly groovy riffs and pounding drums; accompanied with passionate screams. It’s clear that this track is more personal and a true insight into the minds of AROW. While this track does return to a more traditional metalcore sound it’s still clearly their own and polished. Jakup delivers another astounding vocal delivery inside one of the most powerful choruses on the EP. But that’s not all this track has to offer at 2:00 Kristan delivers one of the most impressive hip hop inspired breakdowns ever leaving you ready and excited for what’s next to come. Altogether this is the most well put together and thoughtful song AROW has ever created.

Opening with the signature piano it’s clear that this is an AROW track, but it proves that it is much much more. Jakup delivers one of the most emotional spoken word verses in metalcore; right before Kristian drops an equally impressive screaming rapesque verse. With “Fuck this yeah fuck life when I die it’s my time this bill mountain is too high” being one of the most impactful and well delivered lines the band have ever created. But 02:48 is where this track really shines with a build that amplifies the already already massive energy of this track ten fold. Unfortunately the chorus on this track is a little shaky the latter half of it displaying raw frustration and anger from jakup that we don’t get to witness very often; the first half Sadly doesn’t have the same impact coming across ready high without enough depth.

Opening with a thunderous riff, this track makes you mosh starting with the intensity at eleven. But when Kristian delivers the first verse the flow feels clunky and kinda awkward. Fortunately this is quickly rectified with the smoothest and catchiest chorus on the record. Jakup proves that he has grown exponentially as a vocalist. The second verse fixes those flow problems by implementing astounding instrumentation; the bridge that occurs at 02:10 is what sets this section of the song apart. Using repetition and speed Kristian creates an overall satisfying groove all before returning to one of the catchiest choruses ever. Overall this is a super fun track with a lot of experimentation.

This EP shows massive amounts of growth in a band with endless talent. While some parts are shaky the genteel experience is fun and engaging. I am beyond proud of these guys and what they’ve created and can’t wait to see what comes next. 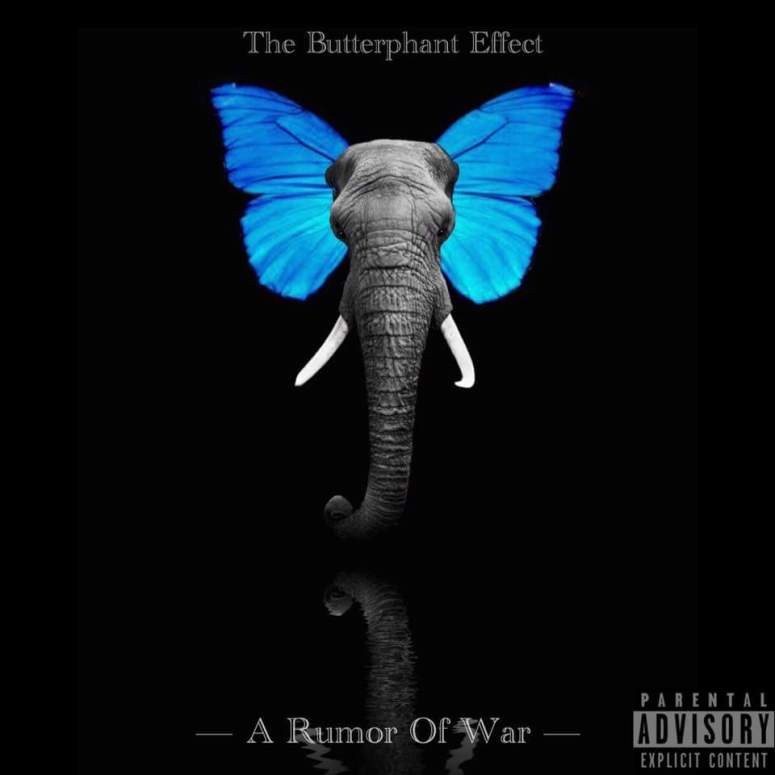